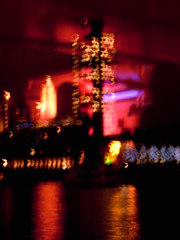 Weekend of drinking and talking: electronica on the thames (thanks

mzdt, nice night), sporadically productive overbooked creative date, too much beer, wine, etc. Tolkien windfall at the shop, party with greyhounds, sheer white terror of handing over a commission (she liked it, phew) and then (ah, taking a rest in other peoples' stories) films:

Pleasantville was on this weekend. What a fantastic film it is. Once again failed to find a good point to watch the Big Gay Cowboy film, but never mind, Kong fitted into the space I had.

I must be missing

dropandgiveme50's daily vocabulary stretch; I found myself absurdly pleased by the Grandiloquent Dictionary ... but it contains such useful words! Consider, deipnophobia - A fear of dinner conversation, pernoctator - A person who studies through the night. These are words we live alongside, without noticing.

In other news; on the grounds that I've been a bit for heavens sake book yourself a massage recently, I've done so.

Visual notes over on Flickr include the primrose, socks, Alex's fringe and tulips: 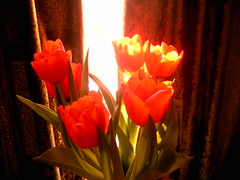