Thanks to all the twitters of christmas. You are like tiny chocolates full of information.

But now I need bacon.

Last week, as the car was pulling up into the drive to whisk me away for christmassing, I was swearing as my memory disappeared and everything locked up and the internet connection dropped off to a resentful trickle, and there was no last-minute christmas card as I had planned there would be. Instead, in a fit of post-millennial crapness I wished people happy christmas via Facebook status. Lame, Jeremy, lame. Never mind: here's the card now.

Santa has no pants on! 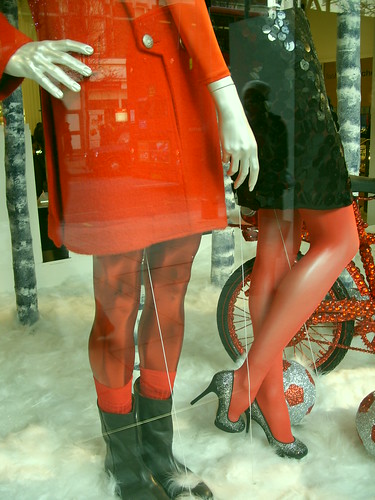 This is from Selfridges Christmas windows, where christmas had gone seriously Svarowski sequin glitter sparkle bling. Here's the show, for anyone (sane) who's been avoiding Oxford Street like the plague. Apparently there were mood lights up and down Regents Street, but I didn't see them :(
Collapse