Some weird dream this morning about working for a scientific research group, producing communications about things I didn't really understand. One was tiny orchids that grow in people's hair -- they were really pretty, but obviously it was important to get rid of them before they grew into your brain. Another was an important bridging or link form (not sure of the correct term) fossil for an early mammal, some sort of bison I think. I was making informational lolz -- basically, sticking captions on photos boiling the discoveries right down to the basic messages: "orchids good but not in brain!" and "evolution: we're doing it right".

On waking up, was quite cheerful, suggesting that I'd quite like a job doing just that. Any going? I somehow suspect they'd pay as much as most blogging jobs, i.e. NOT YOURS. Because mortgage needs salary.

Speaking of unexpected jobs, though, it turns out that last week's strip was published in its entirety in Verbal magazine. (Sizeable PDF here, I'm on page 17.) It's illustrating an article about some small pressers (myself included) so guess that's OK. I'm sure I would have said yes if asked. 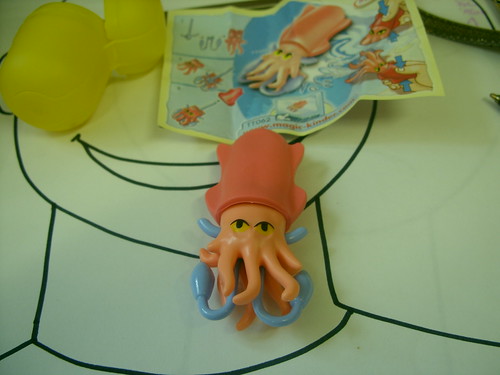