While failing to get anywhere near a giant mechanical spider last weekend, I did attend something rather more modest but still very beautiful: "The Magic Hour", Oxford Botanic Garden's attempt to recreate the success of its former sound-and-light evening, "Sound Garden". Tough aim, particularly given how vile the weather was -- rain, cold, wet, mud.

They'd had the brainwave of working with this, though, and the rain was actually part of some sculptures (raindrops echoing in the singing torches) and added to others (recording of frog-like sounds, whispering bamboos, buffeting bubbles). The result was wholly different to the last one but still really cool. I filled in my feedback card with a Pogo print while being interviewed by a lady who was knitting vegetables and felt very much like I'd ended up in a strange drowned world.

Some photos, more on the Flickr stream, with the usual explainations: 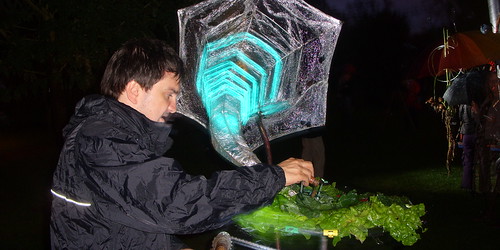 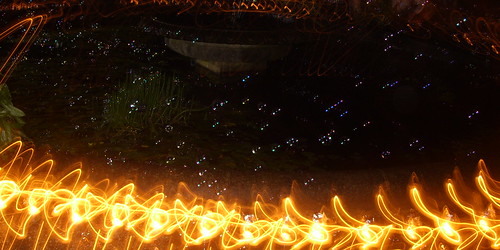 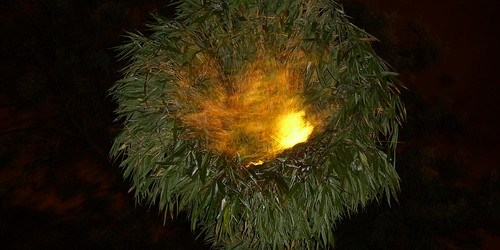