glittertigger's hen night at the weekend. Great excuse to visit Hotel Chocolat for tasty treats, although I think we deserve a whole pile of demerits for losing our hen through taxi fail.

As we sat in the restaurant waiting for her bold rescuers to redeem her from the gutter where we'd cruelly abandoned her (it was the gutter right outside her house, so not that uncomfortable a wait) another hen party came in. "She's got a tiara," whispered my neighbour, "and they haven't lost their hen."

Later on I got into a long ramble about growing up in the countryside, during which it was suggested that I "work through" my "issues" by writing a comic in which Hugh Fearnley-Whittingstall is firmly lectured in the error of his ways by the entire cast of The Good Life. I think the idea was some sort of "turn, turn again!" type Christmas Carol-ish tale, in which the Whittingstall finally grasps the error of his ways. Possibly naked. Or in a gimp suit. I may be confusing my Felicity Kendal stories.

I was also challenged to create a (Thomas) Hardy haiku. Here is the result:

Or thereabouts. Does that even have the right amount of syllables? I can't count straight, I woke up at five this morning in the middle of the sort of nightmare that has you wincing in sudden absolute horror at odd moments for the rest of the day, as the memory surfaces, like a bad fish. Harlequin was standing over me, with anxious eyes; I guess I was whimpering in my sleep.

Sunday I wasn't good for much but we did go to the tip. So anyone who wanted a sky blue basin that had travelled in time from the 70s, tough, too late. Today I'm still in pain, though that has more to do with work woes. I have a bad webmonkey task on at the moment and the choice is as follows: wrist, forearm, shoulder, elbow. Will you sacrifice one for the sake of the others, or will you try to spread the pain around? I'm opting for the spread so far, but we'll see how tomorrow goes. 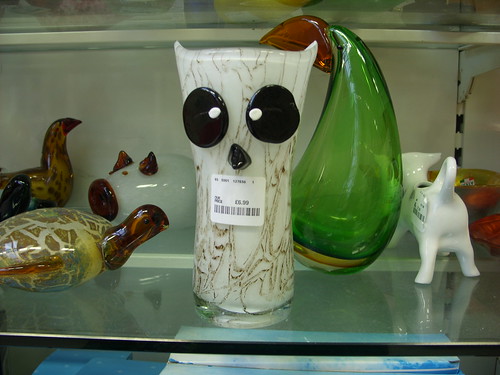