jinty for obtaining for me a copy of the new Complete Perrault from OUP. Illustrations by Doré, the verse and the stories, each with their moral, and Red Riding hood eaten up at the end of her tale, not saved by the improbable axe of a woodcutter.

To my delight, it included the tale of the Donkey Skin Girl. This rather horrible story, with its central theme of familial abuse and intergenerational incest (not to mention skinning a magic donkey and wearing its hide) was a great favourite of mine as a child, despite the fact that it seldom made it into collections and my mother found it upsetting. The version I read was a little different from Perrault's, and illustrated in that garish, folk art inspired style that was so popular in the seventies.

Donkey-skin girl was originally a princess, until her father, mad with grief after the death of her beautiful and much-beloved mother, decided that the best way forward was to marry his own daughter. Under the advice of her fairy godmother -- or the magic donkey, as it was in the book I read as a child -- she said she would marry him when she had a dress as beautiful as the moon. He made her a dress as beautiful as the moon. Too bad, said the godmother, the donkey -- ask for a dress as bright as the sun. He duly produced it -- cloth of gold and rubies and yellow diamonds. In the garish picture book I remember, the dresses fairly glowed on the page. The final dress was blue as the summer sky, an odd let-down to the modern mind, coddled by chemical pigments. The skin of the donkey (more famous for shitting out gold coins than giving good advice) was demanded next -- I remember well the surreal scene of the talking donkey telling her not to worry and that he and his magic would be with her always, and on went the donkey skin and the mud and the muck and off she went to look after pigs rather than become her father's wife. All week she rolls in mud and humilation, but every Sunday she turns the key in her door and dresses in her jewels and her dresses, one by one, like some high church ceremony of glamour. Later on there's a prince, and a party, and a ring that only fitted her finger -- a sort of low-rent Cinderella with more peeping through keyholes. They all live happily ever after, and Dad comes to his senses just in time to bless the couple, I'm sure you'll be glad to hear; although she doesn't go home until she's safely engaged to be married.

Perrault draws many a moral from this tale but my favourite is this:

Again: young ladies may be fed
On nothing but the coarsest bread
Provided that, besides such fare
They have some pretty clothes to wear 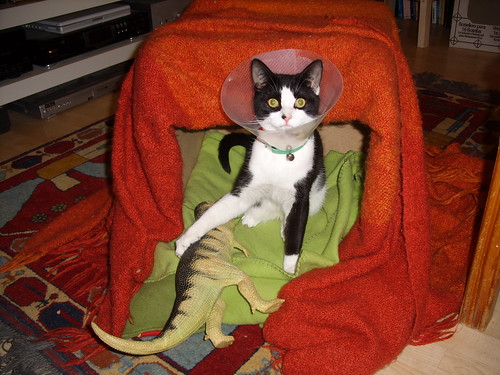