I was calculating how long I need to do my comics yesterday. The hours stack up, they do; and that time is time that is not spent sorting out the hall/dealing with the kitchen/doing that Open University Course I'm still not sure I'm going to do. I think one of the attractions of social networking is that the time is spent in such tiny coin you never even notice it going.

It's the final furlong on the Kickstarter, and we're currently five off our stretch goal of 100 backers. If you know anyone who might make up the numbers, please give them a prod in the next 15 hours.

I spent most of my comics time last week making fliers and in hilarious negotiations with glittering comics luminaries over which night was still free in early November (answer, none of them). However, we finally found a date which was only a moderate clash: 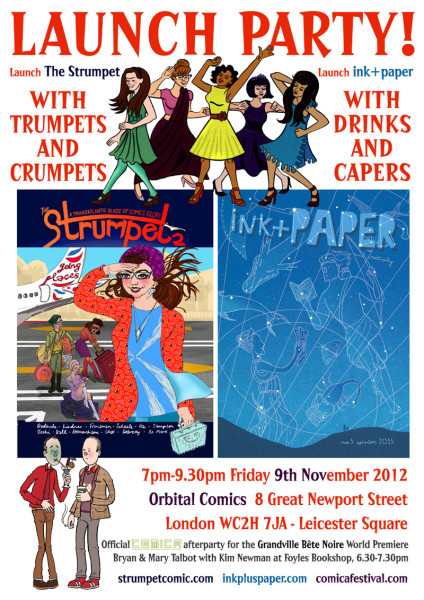 See you there, do you know anyone who can play the trumpet, etc. etc.
Collapse