With all apologies to

concourse and others who showed interest, there are no photos from Light Show. None allowed and none taken! Also, no way to photograph most of the sculptures on display (especially the wows at the end) although Time Out has a still of one of the more dizzying rooms. However I do have some photos from Kinetica - only a fraction! But still a taste of the moving/mad/shiny. More through the click-through, including Facebook updating the ten commandments.

motodraconis, you may be interested in the Picasso dress (below) and its companion, the Lightning dress. 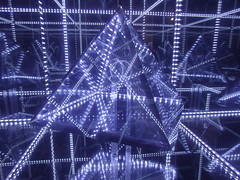 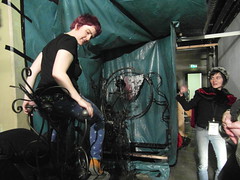 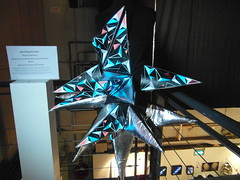 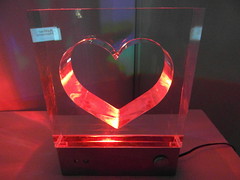 In other news, I'm going to see Space Heroes of the People supporting 90s band Space at the Oxford O2 this weekend. Cheapie tickets here if you want to come too!
Collapse