motodraconis took me to Capel Gardens as part of our Garden Blast!!! weekend, as she had heard that there were a lot of demonstration gardens there showing good ideas for small town gardens. We duly found the row of tiny garden plots and each came complete with a demonstration "house" one brick thick, with doors and windows sponsored by Anglia and dolls-house perfect details on different building styles (modern, cottage, suburban) like the work of some manic municipal surrealist exploring conformity. The whole thing was sponsored by the Sun and called Sunflower Street. Alas I did not photograph this curiosity as I am was between cameras. I did eventually remember the camera in my phone and photographed some of Capel Garden's other delights (which included a holly maze, a petting zoo full of damp alpacas, and a demonstration garden full of picturesque modern build decorative ruins). There were also a mass of Which? trial beds trying out new varieties in the shadow of a gigantic pylon, which I found particularly thrilling. See below; willowwork unicorns, Echinacea Hot Papaya, mutant Hot-dog Bullrushes and ta-da! a concrete/cinderblock new build ruin. More through the clicks, as ever (including a grumpy eagle and Nosferatu Chilli Peppers (yes they're black)). 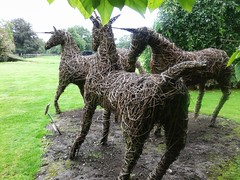 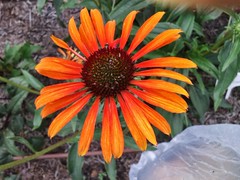 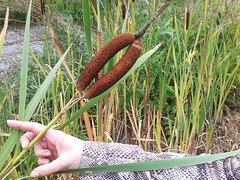 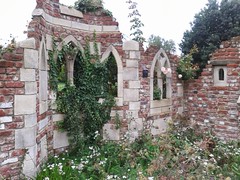 The infuriating tendency of the phone camera to roll in my fingers began to grate quickly and after I dumped it in the herbaceous borders a few times I realised a replacement was necessary. So it was that I found myself staring at the space where Jessops had been on New Oxford Street (now a Morrisons Local) with the Live and Let Die theme thundering in my head. Twice. But two days and five blocks later I finally tracked down the Jessops camera boutique on Oxford Street among the autumn crowds and drizzle and now I have camera.
Collapse