So, my four day's enforced leave have been pretty good actually. I've thrown a bunch of crap out of the studio (including various pens I never really got along with), done an underwear audit, nuked the toilet into some form of cleanliness and finally got a bloody haircut. On the fun side, I also watched Cinderella (drippy; scary; not enough villain), an experimental ballet/juggling show called 4x4 that was fresh from the Fringe (oooh gosh very experimental) and up-and-coming band Autobahn play Guardian's gig of the week, which as usual for Oxford was an empty room full of electrical fail. But once the guitars were mended, it was awesome!!! 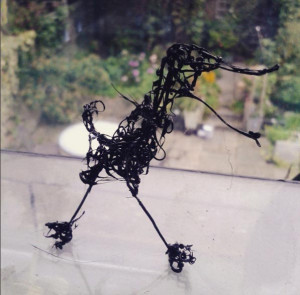 I got out the 3doodler again, to try making little black birds. This one stands up! And then I decided it was probably time for another weekly strip, now I have a tidy workplace to work in. 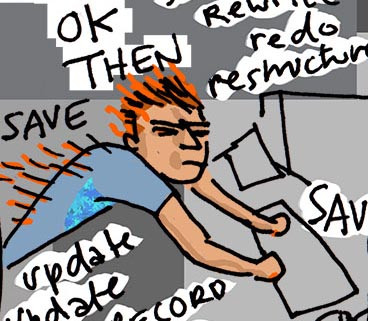 That's not at all recent -- if you look at the file names this one dates back to 2013, but the colouring was today and an attempt to work fast. I soundtracked with a Skrillex album as it was included on Prime. Unexpectedly, some of it was orchestral. But I think it did help me to work fast.
Collapse