As for January, you have a few of my running tracks in the mix, but not till the speed-up at the end. There are a couple of great videos to get you started - first up Joe Goddard being all gooey in a kebab, and then Massive Attack doing their total unconcern thing - this time in the face of people breaking into their apartment with chainsaws. We have a couple of weird vintage items - Nik Kershaw's moderately successful single Dancing Girls with its VERY 80s video, and Lowgold's Beauty Dies Young, whose eye-popping video in its day (early 00s) was famed for its utter incomprehensibility and mismatch with song. Live shows this time are a vintage Bowie and some semi-pro live recordings of amazing new Natalie Sharp (Wrangler, Tuung, Benge) project Lone Taxidermist. In a category all of its own is David McCallum's Communication, from his Man from UNCLE spin-off music release "Open Channel D". My substitutions this month come from bands I know, suggesting I should spend some time uploading, but eh... it's not my music. So instead of KaitO's Bow Wow you have Shoot Shoot (also great) and Linus's Way on Down has morphed into the lovely Lovers of London. There is a tiny snippet of lum col con pix (experimental turntable serialism) instead of the full track on the original mix. It is a tuneful one, by lum col con pix standards, but this is probably best for a Youtube mix. I found a fan video of "I wish I was a polar bear" that's just footage of Polar Bears, but otherwise most of the end tracks you can just leave playing in the background - there's occasional pretty visuals, but nothing worth coming off tab for. Good luck staying still to the Skrillex/Nero track though - it's an everything accelerator. 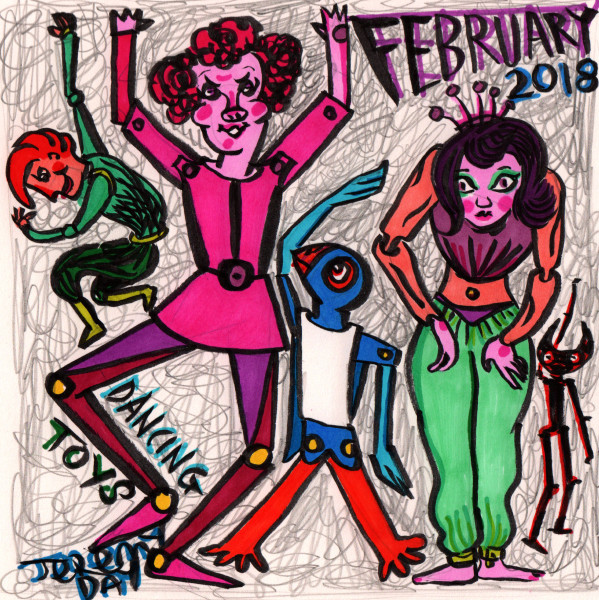