It's been kind of rainy this week hasn't it? The perfect week for whichever amazon delivery service it was to have a brainfart and just leave a package near to the front door. Hope it's wrapped in plastic! I said, as I hoiked it in out of the dark/wet/cold and definitely still drizzling night. It wasn't. But this is not the true horror. As I tossed the sodden package into the bin and tossed the hopefully ok item (it was) at Tim, I noticed some muck falling from it. On closer inspection, these were small, black slugs. I scooped them up and slung them out of the door. Then I thoouught to check the package. Turns out whatever Amazon cardboard is coated in, it's irresistible to slugs. There entire underside of the package was black, writhing and teeming with slugs. It was like the beginning of a horror film. It was disgusting. It was in the blue bin before rational thought was even engaged. And then the checking for and disposal of the stray slugs. I found one the following morning, dead and flattened on the kitchen floor. I guess I'm the real monster here.

Never mind that though, play this! September's compilation is a little less banging than last month's so should be good for Friday listening. Despite the intriguing still, there aren't really any unmissable videos in this lot, so you can just leave it playing an undertab and get all the fun that matters (although the Sink Ya Teeth song towards the end is quite fun because they're a great band to look at as well as listen to).

You have a few substitutions -- the amazing Mondkopf remix of Pieces of You was not on Youtube (though something pretending to be it was, groan) so you have the Baby Monster remix, which is also good, not as good, but good. Minerals by the Evenings (yes, I'm still working through the Oxfordbands pile) isn't up on Youtube in its original state, so you have the Trademark Peridot remix. Peridot is one of my favourite minerals, and this represents a good trade. It can sometimes be hard to find the right Negativland track and this was one of those occasions. Drink it up is just as good as Announcement though, if not better. Oh, and here's the cover: 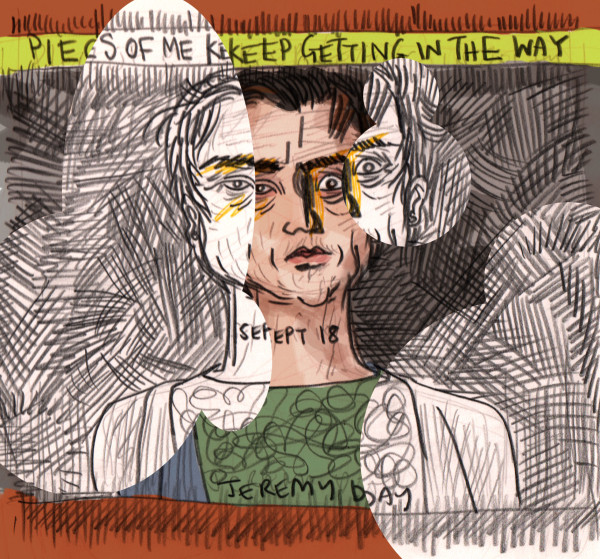 No playlist sorry. Got to run
Collapse