I find it strange how the songs that become truly attached to the grieving process aren't necessarily the ones which describe anything about what you're missing. Thus somehow Sleeper's Statuesque has become indissolubly attached to losing Harley, for all that it's basically a song about proposing a dirty hook-up in a hotel with someone you probably shouldn't. It's also a great song, and I won't lose it as something to enjoy, it's just become more weirdly complex, and maybe that is what the song is about, after all, how sometimes straightforward things like lust and loss are actually weirdly complex, and just get stranger the closer you look at them.

It was a sad end to the year, and herself is prominent of course, but I wouldn't call it a sad mix, to be honest. Toyah's bonker's space opera The Vow, the jittery dirty art-pop of Marie Davidson and B.E.D., Art Brut in an exuberant mood and the Willem Breuker Kollektief doing something unmentionable to Haydn. That said, I'd have a cup of tea handy, because there are sad songs. Some pretty good videos this time too - vintage footage of Toyah and the Smiths, some inexplicable videos (the one from Mirrors is especially eh....) - so you might want to window it and watch full-screen here and there.

There's a cover, which was hard to do. It's based on a dream I had. I used my beautiful new Neon ink set, with logwood black for the background. The front pieces are just sharpie on old photocopies, a comfort combination, because having sketched it once, I didn't want to draw it over again, so just went over and over the original rough. 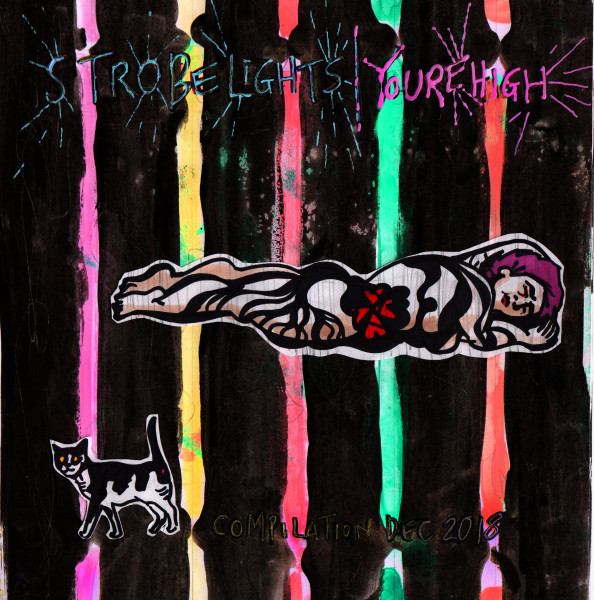